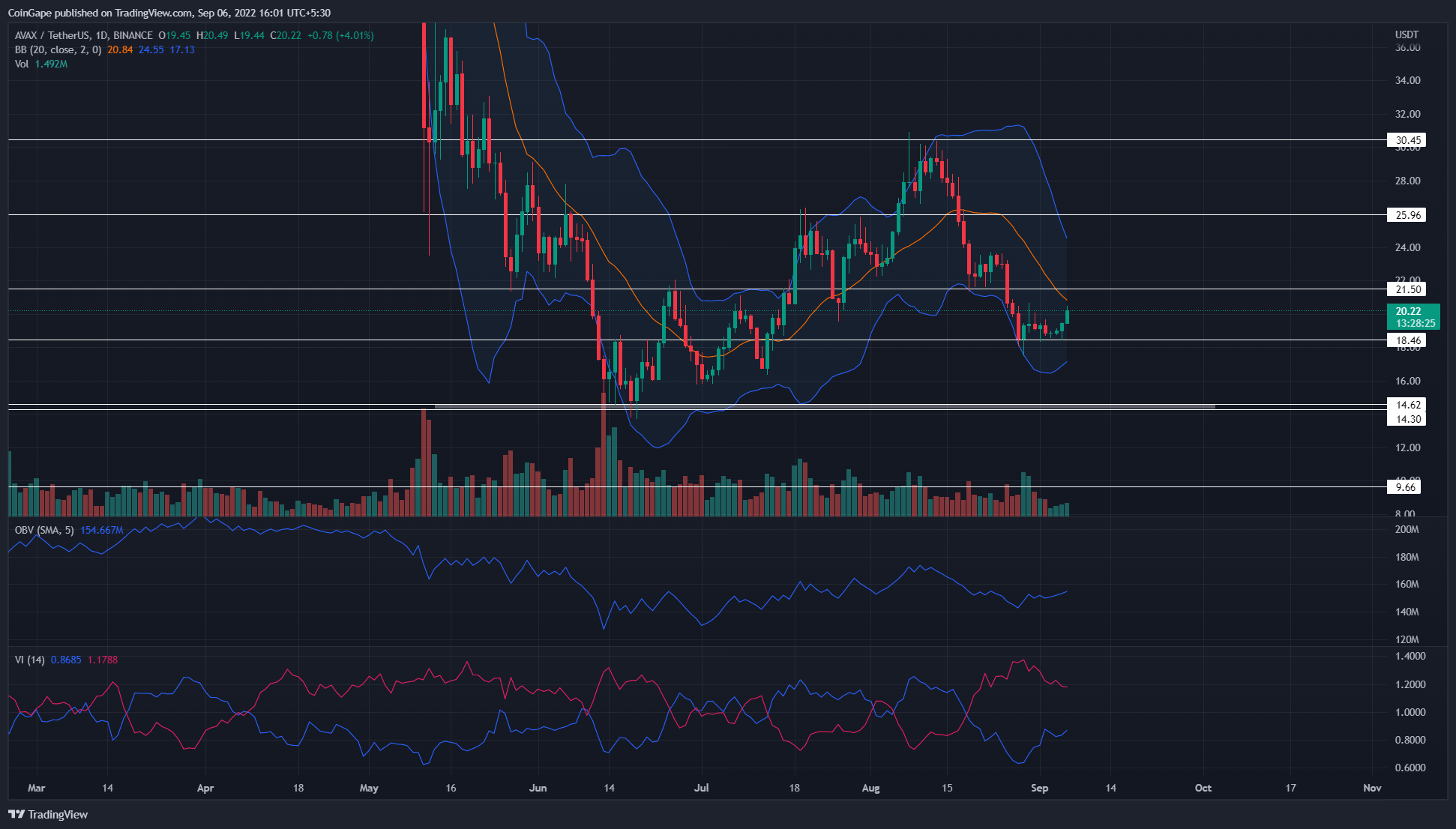 On August 26th, the AVAX/USDT pair pierced the monthly support of $20.6. However, the post-retest fall was interrupted by the 0.786 Fibonacci retracement level and resulted in a minor price correction. Furthermore, with the coin price rising over the past four days, retests breached support of $20.6.
Key points from AVAX analysis:

On August 29th, the V-shaped correction plunged the Avalanche price to 0.786 FIB. Though a significant support level, such long corrections weaken the bullish confidence obtained during the June-July recovery.

Furthermore, the buyers have struggled to sustain above the $18.5 support since last week. Thus, they pushed the AVAX price higher with proper footing, registering a 7.8% gain in the past four days.

Moreover, the four consecutive green candles with increasing volume activity suggest sustained buying in the market. If the buyers continue to hold this momentum, the price may breach the close resistance of $21.5.

This bullish breakout will offer the first signal for potential recovery and provide a higher footing to push the bull rally forward. As a result, the post-breakout rally could drive the AVAX price 21% higher to the $26 mark.

However, until the price is below the $26 mark, the coin holders are threatened with the continuation of the correction phase.

On a contrary note, if sellers pull candle closing below the $18.5 support, the prolonged correction will tumble AVAX prices 11% down to $16.5.
Technical Indicators

Vortex indicator: The VI+ and VI- slope narrowed closer, indicating the losing bearish momentum. A bullish crossover between these lines will give additional confirmation for a $21.5 breakout.